Press enter to begin your search

Something you're going to do very frequently in a production is making ZBrush turntable, as clients and directors love them. This can be done very easily in ZBrush, but there are a couple of things that you need to be aware of. ZBrush also has some nice rendering tools which will make the turntable look pretty respectable.

The final result a ZBrush turntable

The first thing we need to do is to actually set up all the technical things in order for the turntable to actually work properly. We do all of this under the Movie-menu. Hit the little circle icon to the left to dock it to either side.

This is what we see by default. 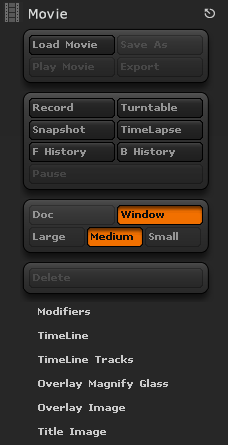 The first things we need to change is what ZBrush is rendering and at what size. Currently, it's rendering the entire window, meaning that you get the UI and all that jazz along with the turntable. It's also set to medium resolution, meaning that it will only render it at half the size.

Change this so that Doc and Large is enabled. This will render the viewport only and at full res. Now we have a problem: The document probably isn't using the correct resolution. Normally 1280 x 720 is enough.

We change this under Document menu.

On the bottom here, you see the resolution. Uncheck Pro (short for proportion) and type in the correct resolution, here 1280 x 720. Hit Resize

This is what my canvas looks like now. The tool (model) has been dropped and is no longer editable. To clear the canvas, hit Ctrl + N. 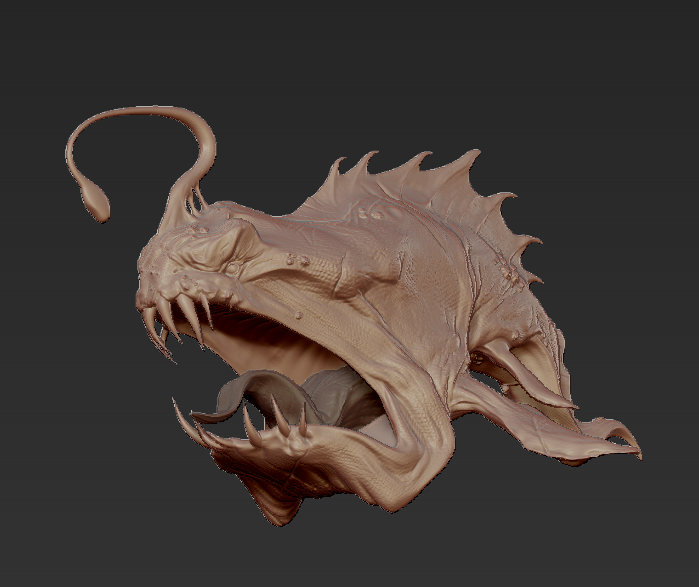 Draw the model out again and hit T to enter Edit Mode. We can now continue fiddling with the turntable options.

Under Movie - Modifiers, we only change one thing: The Spin Frames. This means how many frames it will take for the model to do a full 360 degree turn. I usually set this to 150. Next to it, we have Spin Cycles. This means how many rounds it will take. This should pretty much always be set to 1, as you'll simply loop the turntable in whatever video player you're using.

Under Overlay Image, sett the Opacity to 0.

Under Title Image, set the FadeIn Time and FadeOut Time to 0 as well.

You're now ready to render it out! To do this, simply hit the Turntable button right under Movie. 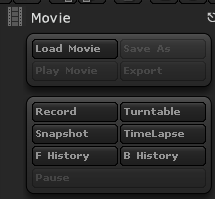 However, if you want, you can make the turntable prettier using some of ZBrush's render juice.

Switch the MatCap to SkinShade4. You can use whatever you like, but this usually gives good results.

Hit Shift + R to render. This is what it looks like at this stage. 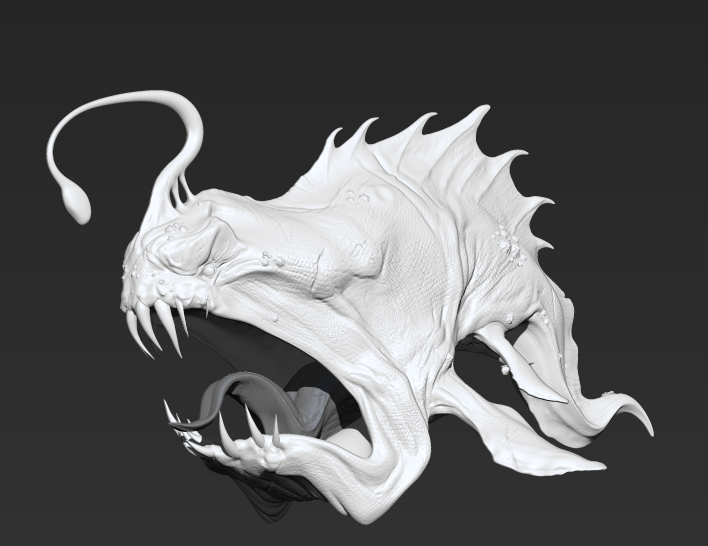 Let's make the lighting more attractive. For this, we're going to use LightCaps. Under the Light-menu, you have the LightCap dropdown. However, before we change anything here, we must disable our main light under Light. Simply click on the orange light bulb to deactivate it. 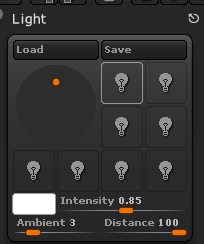 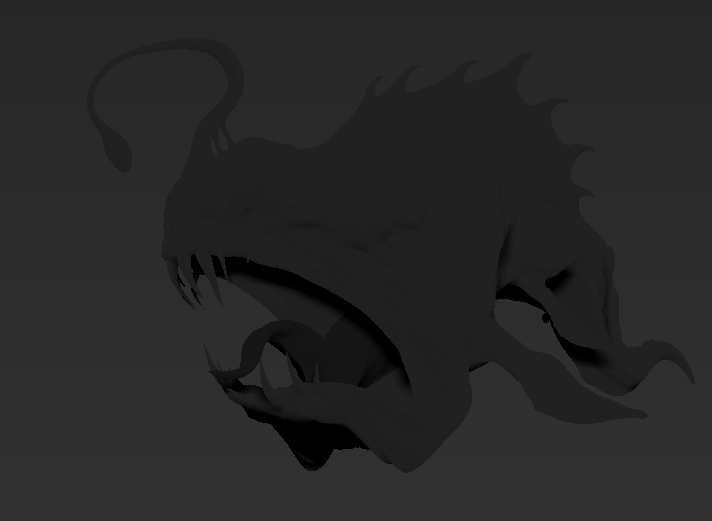 Scroll down to LightCap and make a new light by pressing, you might have guessed it, New Light. You can now move it around on the sphere to change the light direction. I usually use two lights: One key light and one rim or fill light. Usually one of them is warm and the other is cold. This just works 99 % of the times. 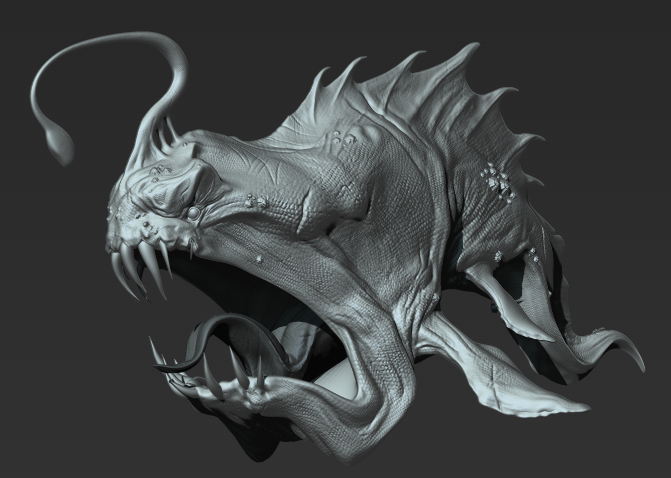 Add a second light by pressing New Light again. You switch between the lights by hitting the arrow icons on the bottom of the screenshot here. 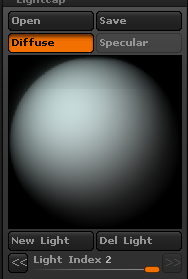 I put this light slightly from behind to make a nice rim. I also made it orange. Hit Shift R to render. Now let's say that you're happy with the lighting setup and you'd like to reuse it in the future. No problem!  Directly under LightCap, there's an Open and Save button. They're doing exactly what you  think they are: Save will allow you to save the lighting somewhere and Open will open any previously saved light caps. 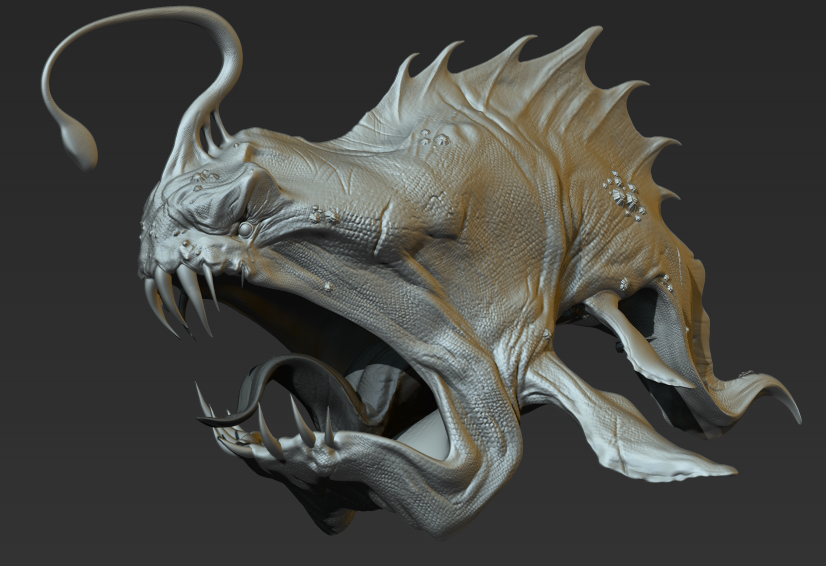 You can now do some final light adjustments under LightCap Adjustments. For instance, I sometimes change the exposure slightly up. Here I set it to 1.3.
This is what it currently looks like. For me, the shadows are slightly too sharp. To change this, go to the Render Menu - BPR Shadow and adjust the Angle. 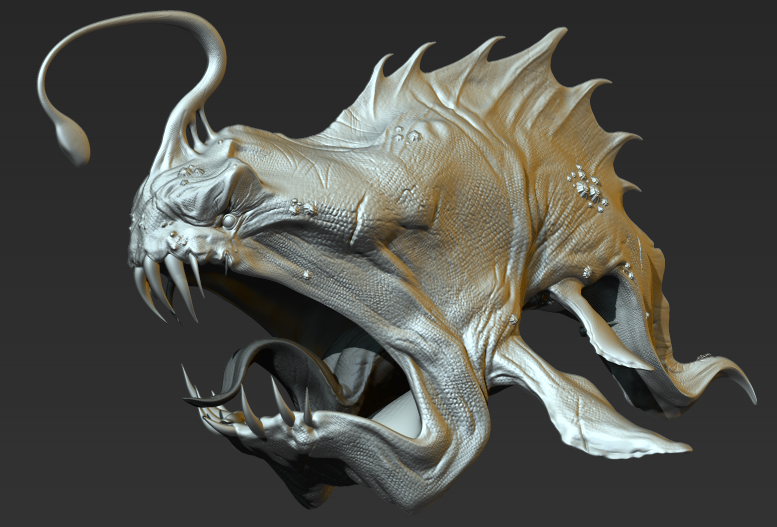 By default the Angle is at 0. Setting them to 20 makes the shadows smoother. 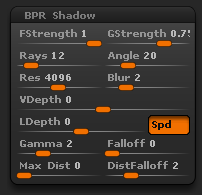 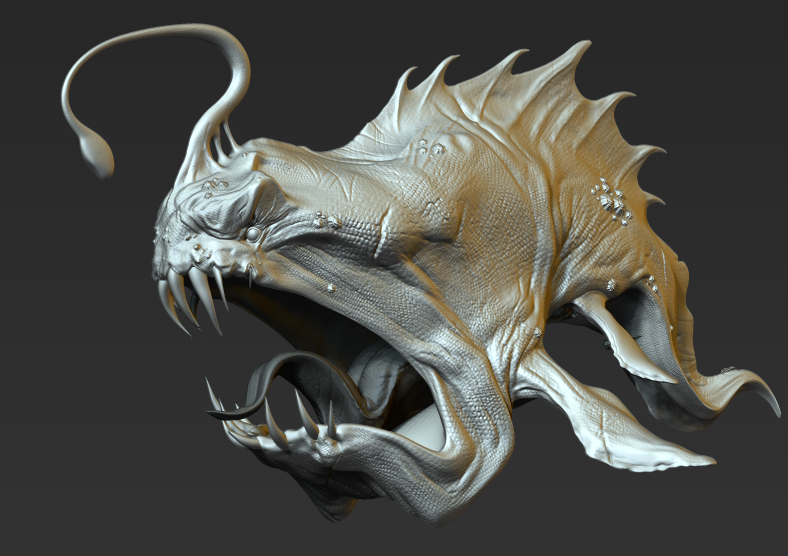 Now if you hit Turntable under Movie, it will render the turntable with the current render and light settings. Let it cook for some minutes and you have yourself a pretty decent turntable.

After the turntable is done after 10 min or so, hit Play Movie just to see that it's what you want. If it's all fine, hit Export. Change the compression to H264 and the framerate to 25 fps and you're good to go!

I honestly think that setting up turntables should be more intuitive, but if you get used to doing it this way, it's not too bad. I really think it's worth spending some extra time to make nice turntables, as it can really make a difference when dealing with clients.

We hope you enjoyed this tutorial. For more head back to theTutorials Section